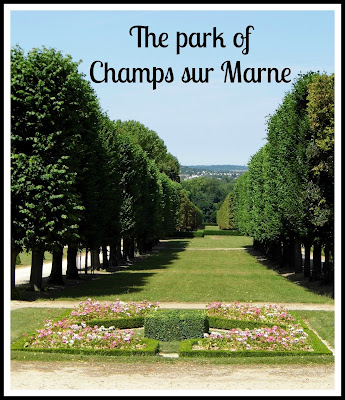 Saturday the 27th of July 2013, sun and heat were overwhelming us in our flat. We decided to drive to a park in Paris area. But which one??? There's so many!
Then, my husband Jonathan opened a guide book his brother has offered us last Christmas, and "stumbled" on the page "Castle and park of Champs-sur-Marne". When I looked on the web site Monuments Nationaux, we saw that it had re-opened just a month ago after six years of works and renovations!

After we parked the car on the parking near the entrance of the castle, we could admire the beautiful gate. 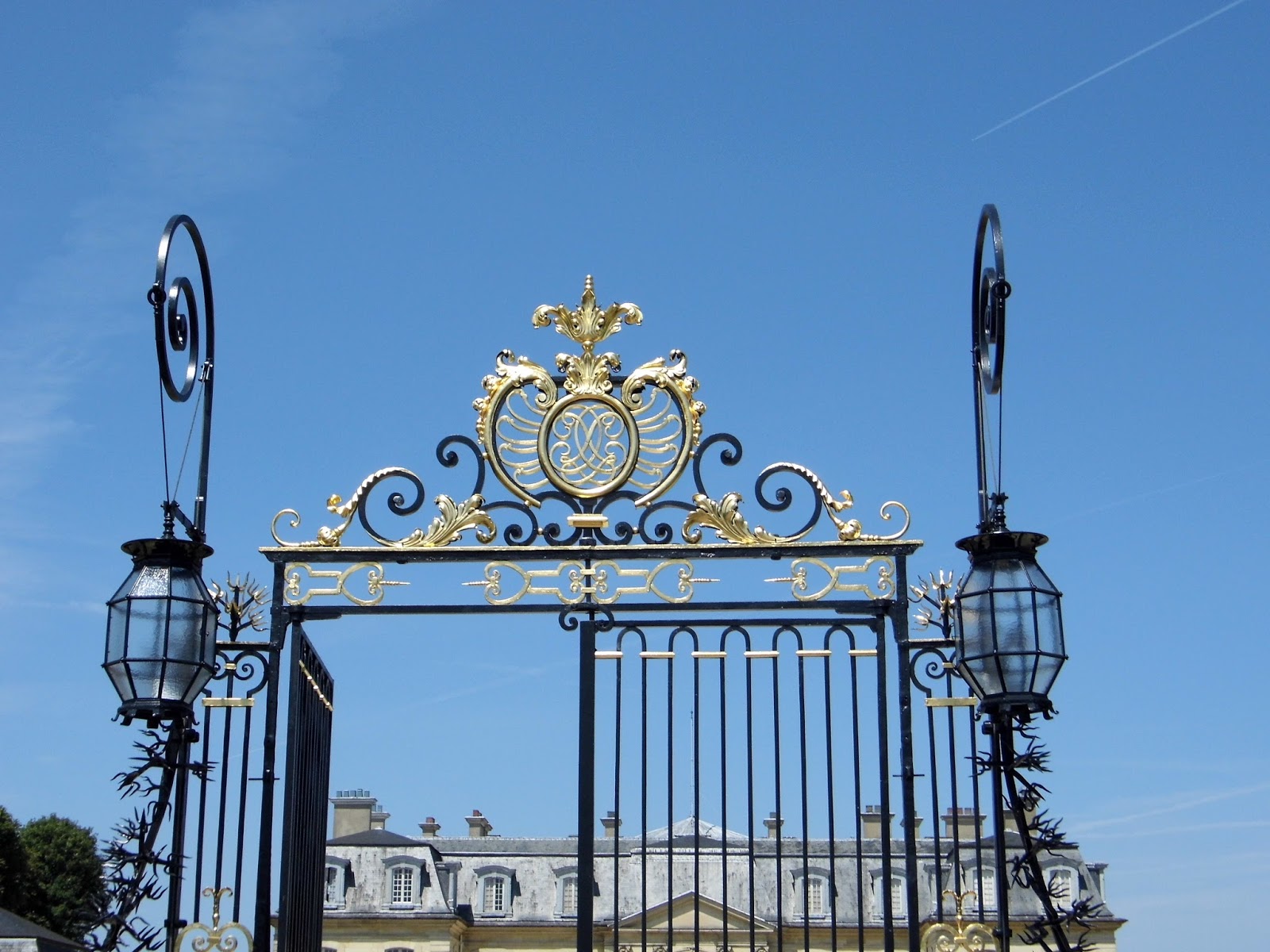 A flyer later, I had learned that the park was 28 hectares! Enough to make a LONG walk. With the children, we didn't visit the inside of the castle. Sadly for us, it seems that the renovation is quite successful (sniff...).

Between 1703 and 1707, the architecte Jean-Baptiste Bullet de Chamblain realized this neo-classical country house for a financier. Several owners have succeeded until the State received it as a gift in 1935 (the  historic furnitures have been sold at the same time to the French governement). From 1939 to 1974, it was used as a reception place for foreign Heads of State. Later, it has been opened to the public's pleasure. After six years of intense works, it has been re-opened at the end of June 2013. 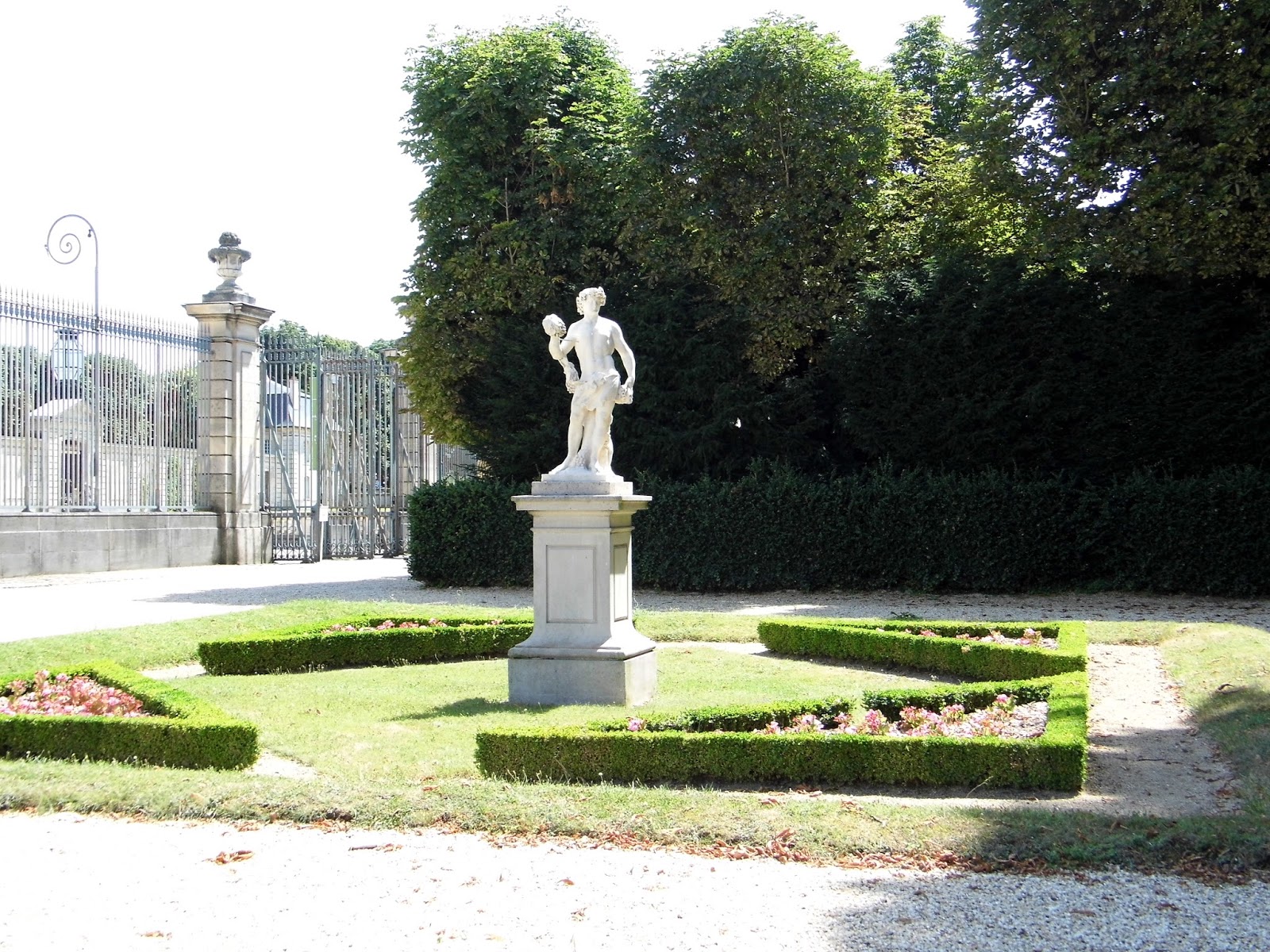 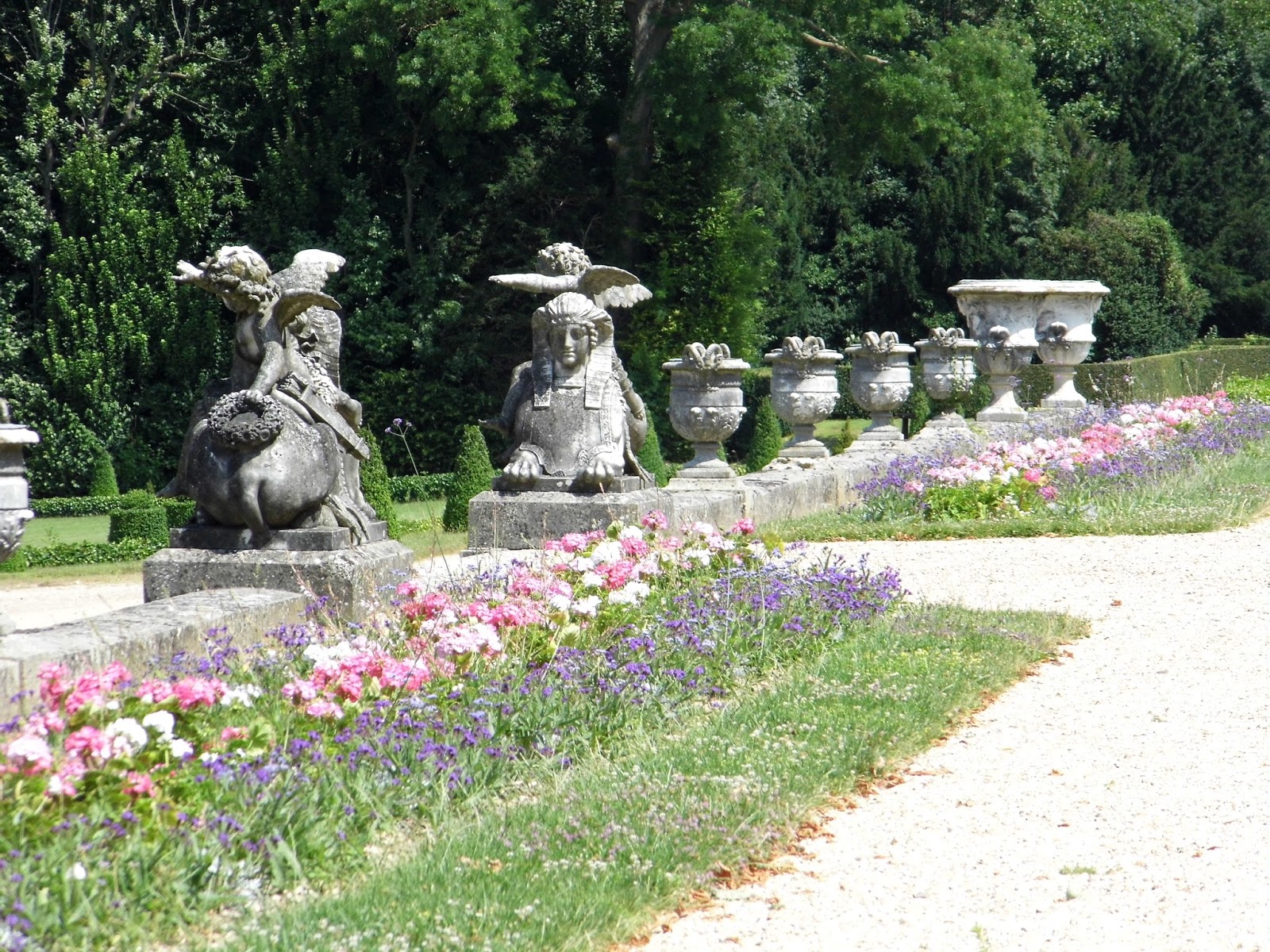 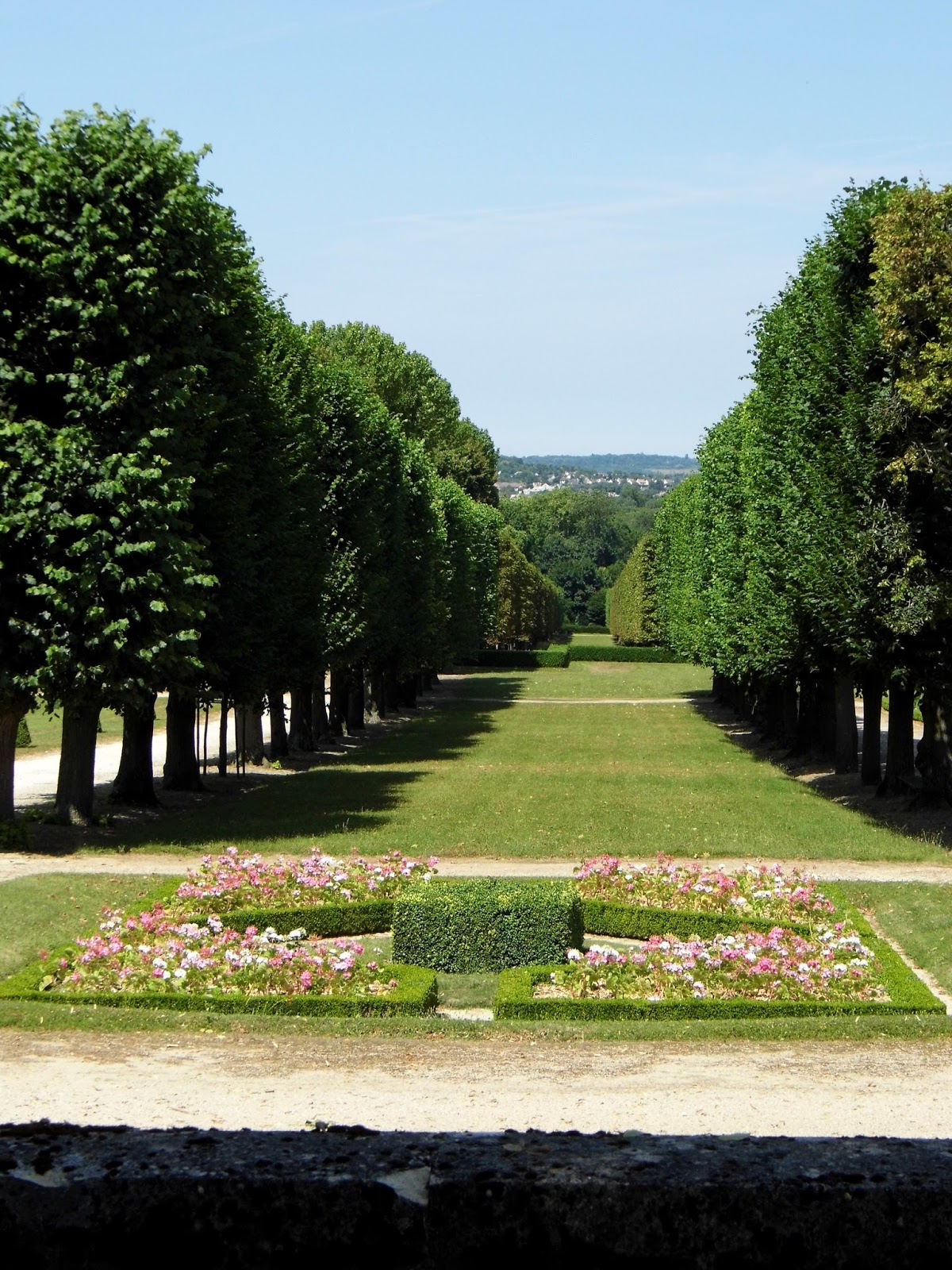 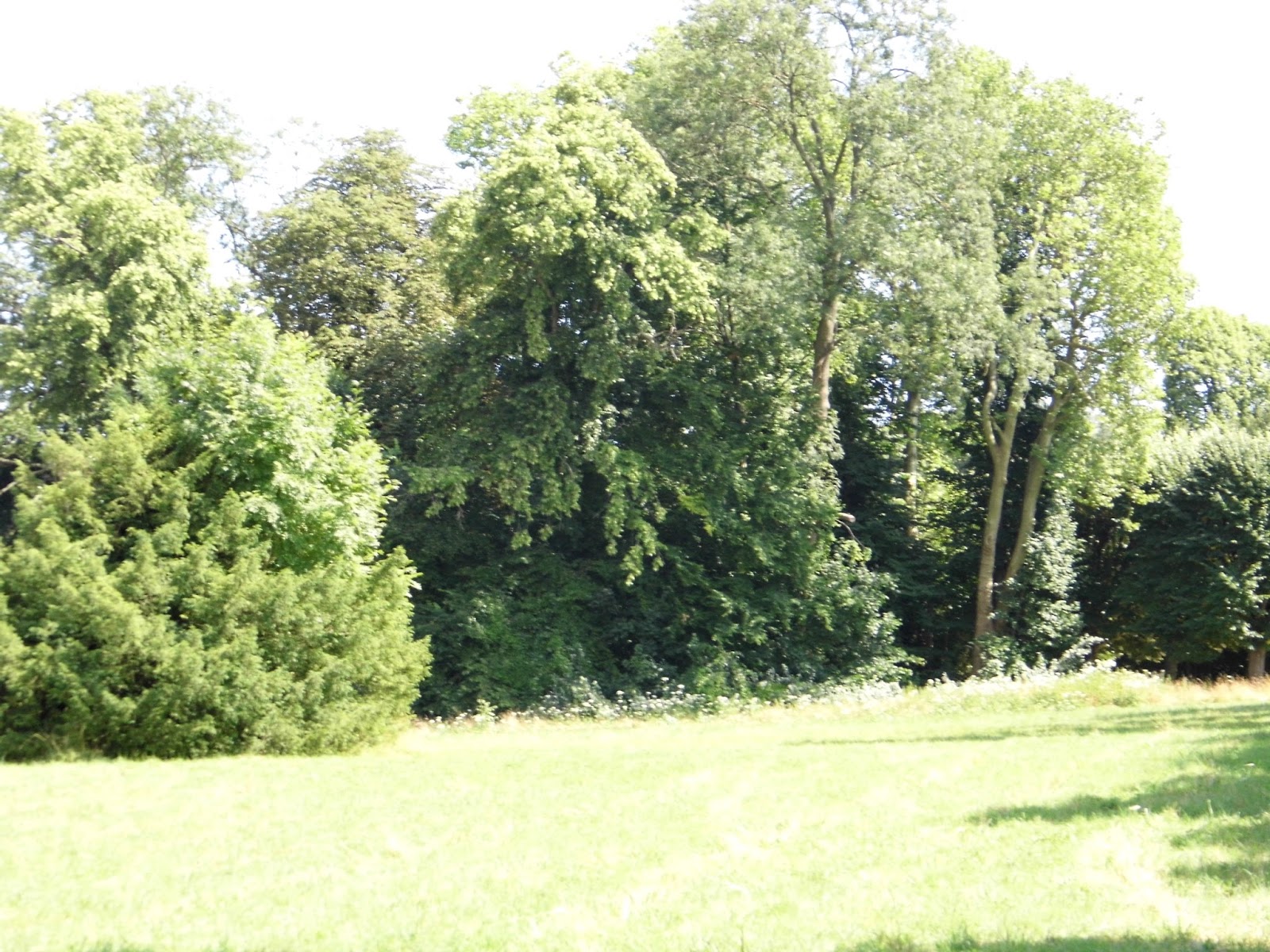 We will try to go back for another walk in this vast park. During Fall, the golden leaves must give to the landscape a very different aspect. I will have to do also the castle visit, since it has been restored!

Do not hesitate to discover this flagship of the 18th century architecture!

I shared this post on the July 2015 link-up All About France, on the Lou Messougo's blog.