A day at Azay-le-Rideau

Wednesday the 12th of June, visit with my family at Azay-le-Rideau.


From Le Mans, the road is not very long to find one of the numerous castles and manors of the Val de Loire. We choose Azay-le-Rideau for this first incursion in this lovely nook of France, full of History. Driving near le Lude and Langeais, the road invite us to seek our school memories and the novels of swashbuckling we read in our young years.

When we arrived at our destination, we had lunch in one of the restaurants this pleasant city proposes. Sated, we walked to the castle. A little friendly advice: even if you have chosen a restaurant near the gateway on the city side, walk around to enter the domain by the front gate. Like the guests of old times, you will walk the royal alley facing the impressive door and the staircase. Leasurely, before buying your tickets, walk through the medieval garden where herbs, vegetables and flowers used to cook medieval dishes and decorate the tables of the nobles grow. Then, you will just have to buy your tickets and have a nice promenade in the park where majestic trees welcome you under their foliage...

If you have the opportunity, the guided tour (included in the price) is essential for a true immersion in this historic place. The hour of the next tour is written at the left side of the check-in. We had "Blandine" as our guide. In my opinion, it was a really good tour. And Blandine had just the right speech to put in action the lives of the past owners of the castle and her way at interacting with the kids who were there brought some fun times. My son was more interested in the visit I thought he would have been, thanks to Blandine! After she told the kids some bats had made their home in the woodwork of the roof, my son didn't stop to ask me if I could show him "on internet" what a bat looks like... The same could be said about the salamander, which was François the1st 's emblem. For his first historical guided tour, Gabriel had been quite calm. Well, it was a castle, it's always "super cool" for a child, girl or boy.

Another tip for parents with children still in a stroller: forget it in the car! Use a baby carrier, a sling or let your precious angel strechts his/her legs... If the paths in the park are practicable with a vehicle "(not) offroad", the medieval and Renaissance stairs totally ignore that point.
My Loulette* (14 months old) was enjoying the tour, observing everything and everyone. But the visit taking too much time (in her mind, not mine!), I had to sit on one of the comfy stool disponible in the rooms to breastfeed her (yeah, I'm quite an amazon in this area). It was amazing to do it while listening to our guide talking about the adjustements made during the XIXth century or the changes the owners wanted to fit their rank and fortune.


Several rooms have been restored very remarkably.
Philippe Berthelot's bedroom (It was a woman! The surname "Philippe" was either masculin and feminin during the Renaissance, as much as the surname "Anne") is a particularly good example of restoration.
Here is the brochure about it (thanks to the Centre des Monuments Nationaux): 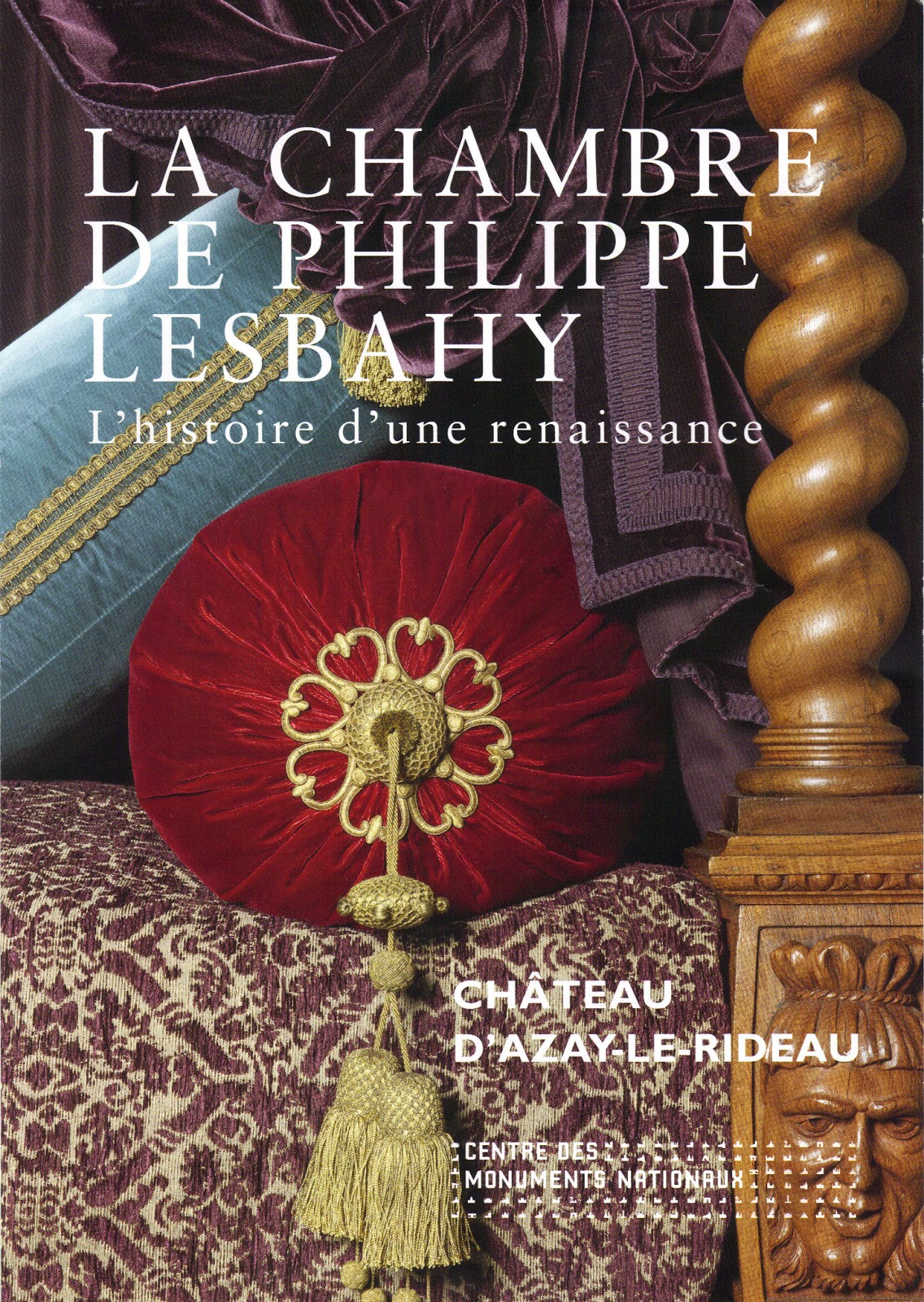 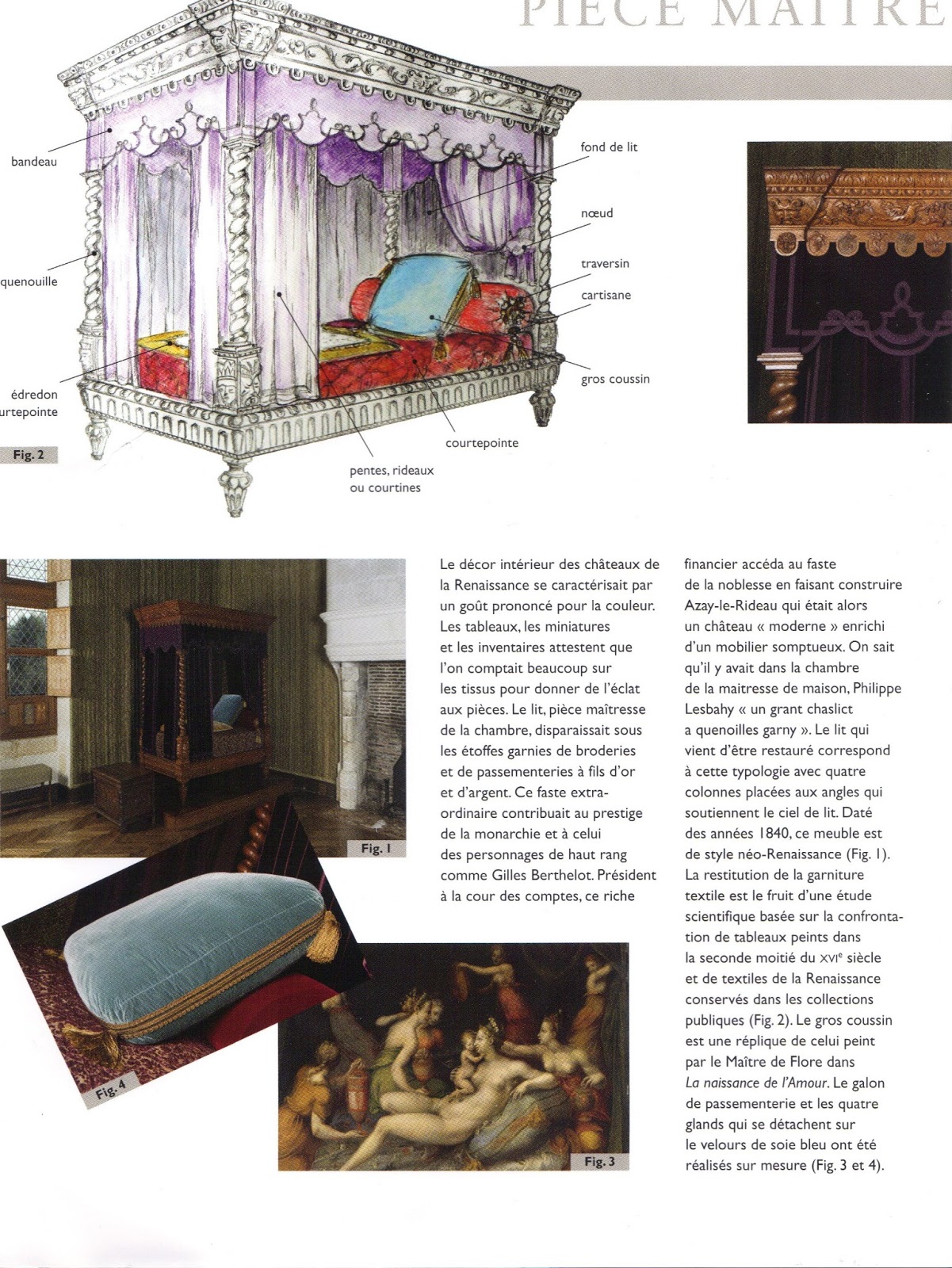 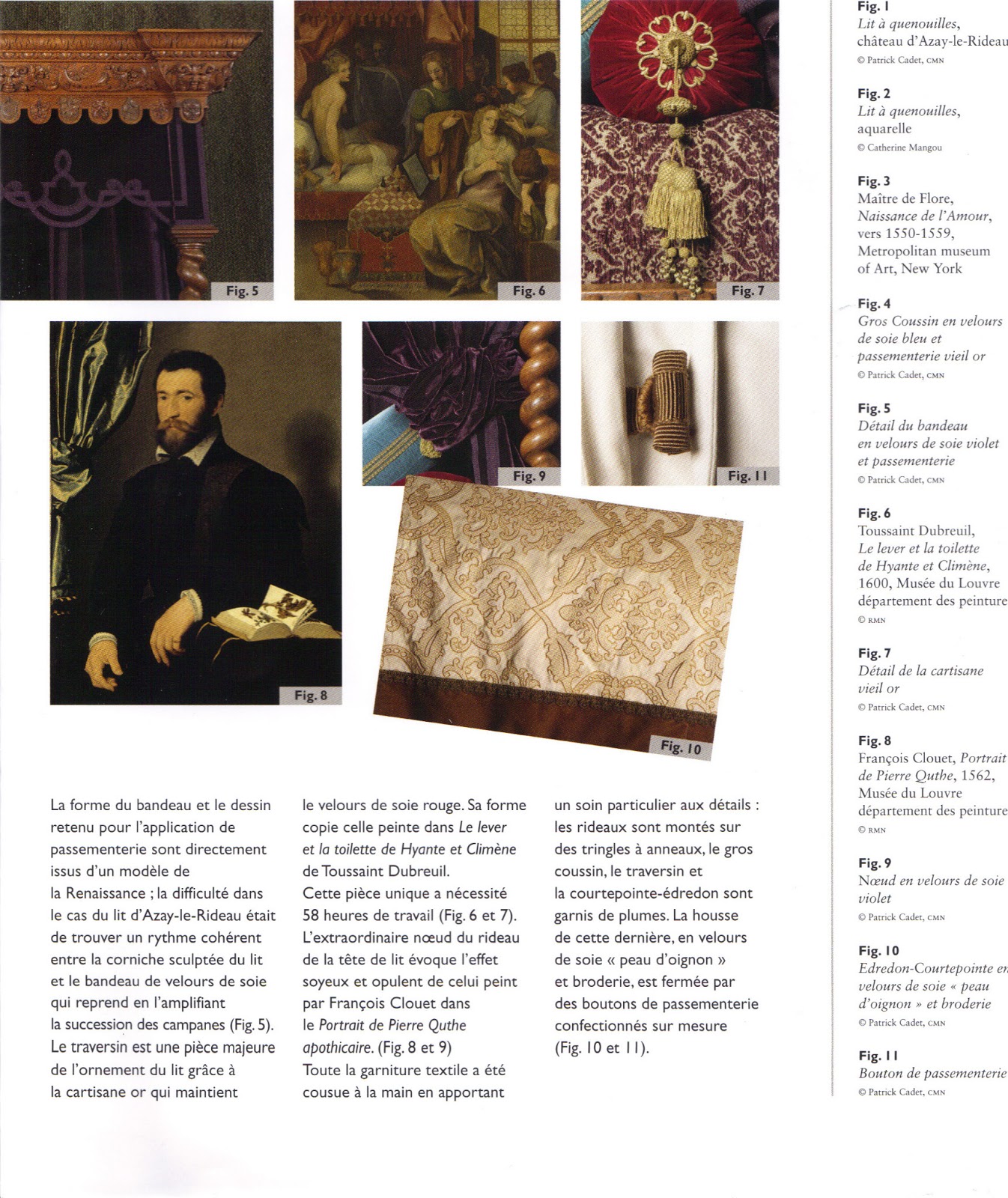 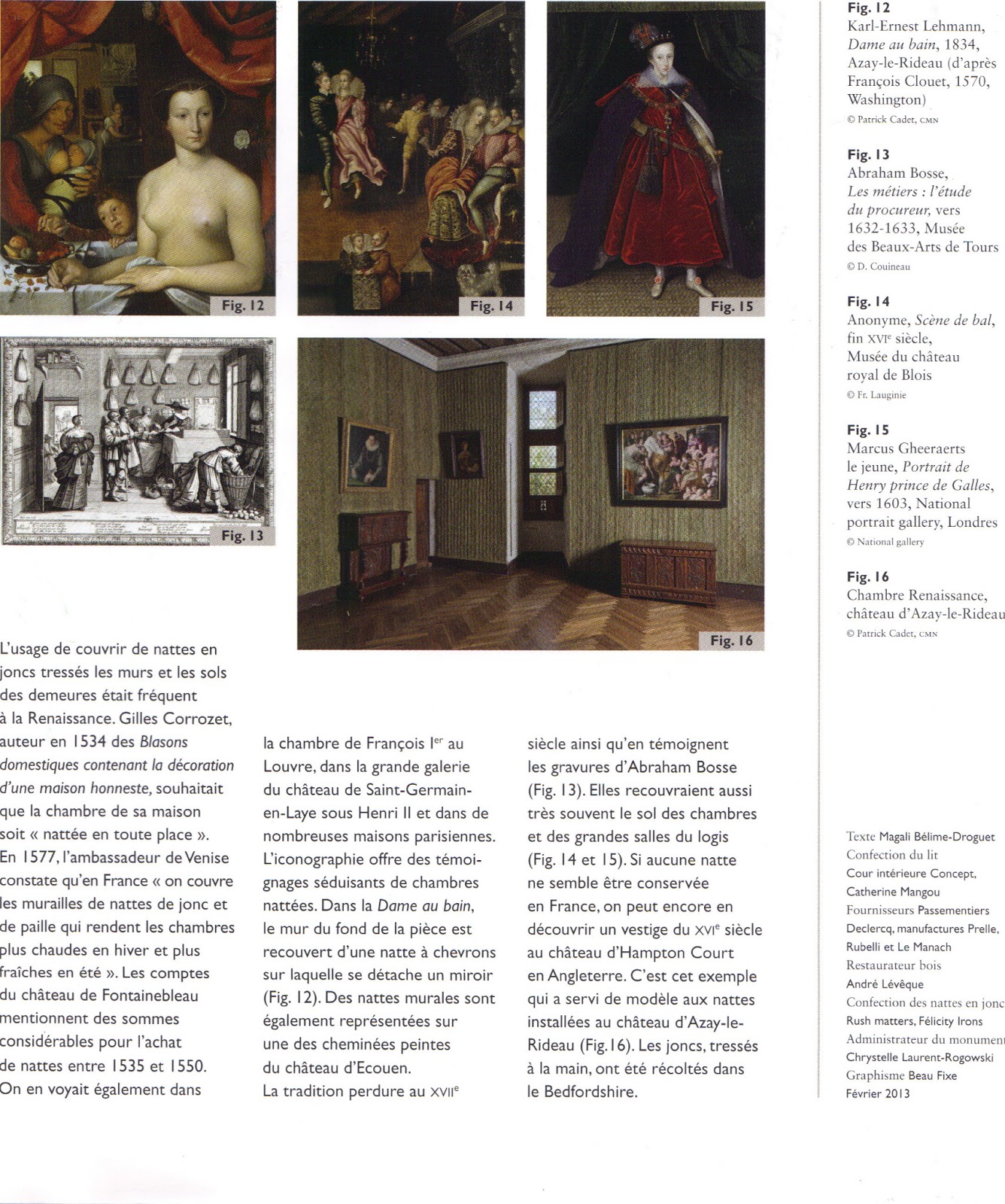 When we came back to Le Mans, we made a small detour to see Ussé. This castle had been the source of inspiration for Charles Perrault to write Sleeping Beauty.

We wished to visit it but the price was a little bit too expensive: 14€/adult. Gloups! I know that the castle is own by a private person and that they need funds to preserve it, but still! From the moment I walked in the small shop where the tickets are sold, 15 people (counting ourselves) went out as soon as they saw the price of the tickets. They maybe have to think more about their rate, more people would come... me first! (Castle around the area are cheaper than this one, in majority). Seeing it behing the iron gates, it's quite different then wandering in the garden and saliving over the decoration. Gabriel was really sad, he wanted to see the evil witch (yeah, I know. my son likes to speak about the ugly bad guys of the movies he has seen...).


That will be all for today. Let yourself plan your stay in the Val de Loire and come visit this region full of History and lovely places.


* We say Loulou for boys in France... So why not Loulette for girls? It's one of the nickname I gave to my Sophie. There are also Poupette, Poupounette, Pucette, Poulette, Princeza Sophia, etc. Yeah, many with a P at the beginning. Don't ask me, I have no clue why...