Boles de picolat [Around the world in Plates, a Global Table]

Two months ago, Adriana from Changing Plate invited fellow bloggers (in the MKB community and other bloggers group) to take part in a special culinary event. Today Saturday the 13th of September, the group effort is to "make a dish" that represents our home country and introduce it. If you want to see the other dishes prepared, you can follow the hashtag #changingplate. Adriana will also list all of them on a special article on her blog.

So, for this event, I decided to cook a dish from North Catalunya, where I grew up as a kid. My grand-father on my mother side was catalan and I do like many of the typical food you can found in this region. 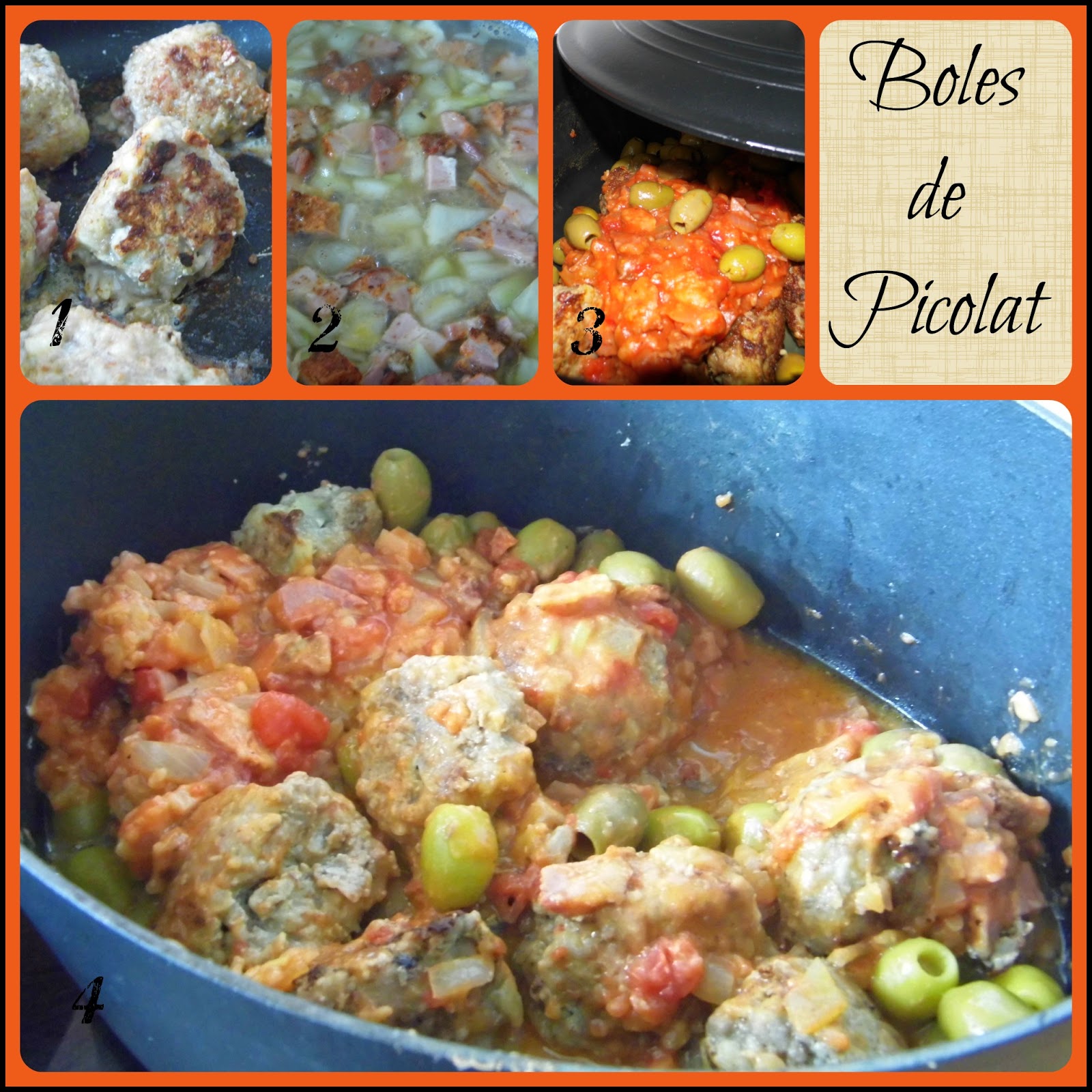 The Boles de Picolat are a dish made of a mix of meats: pork and beef. Here is the recipe I used, found in the book Ma cuisine catalane au fil des saisons written by Eliane Thibaut-Comelade, who is a respected expert on catalan cuisine and had written several books, studies and articles about it.

For 6 people, you will need:

For the meat balls:


I should cook more catalan dishes at home. I have never been exactly "instructed" in catalan gastronomy but I do have some books about it. And the call of the Bunyetes has been very strong these last months (it's a kind of donut, but cripy at the center and tender on the side). I should try to bake some for Easter. Without the kids near the pan full of hot oil... and with the help of some friends. Baking Bunyetes, it's a team work!

I wish you a good week-end and many happy moment in the kitchen or at the table, savoring dishes prepared with love and time.
Publié par La Cité des Vents à 12:04 AM