What Martin Luther King's Day means for a French?

I'm French, I grew up in France and I never set foot in the USA. However, one American man has its place in our contemporary History books (even the middle and high school ones) and is well beloved in my country (NB: it's not the only American French people admire...):

The MLK Day will be on January 18th in 2016. It's a special day in USA to remember and work for more equity for the rights of all citizens. The Multicultural Kid Blogs members have decided to write a series of posts on this topic. As a French, this day is not celebrated in my country, and neither in Germany where I live now. However, I have studied History in College, so I'm a "bit" interested in this topic. 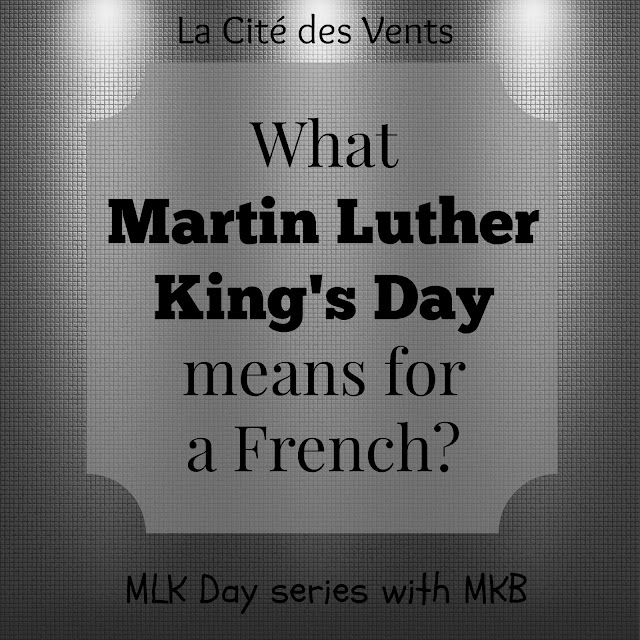 France was a colonialist nation for several centuries. French navigators have taken part in the slave trade, people of color (in Africa -Maghreb, Sud-Sahara-, in Americas, in Polynesia, in Asia...) have been treated like "lesser humans" and racism and supremacism had had their joyous days...

However, the slave trade had ceased in 1817 and slavery has been forbidden in 1848 and since then, no laws have reduced the legal rights of "colored men and women". That's why French were quite put off with the segregationist laws in the United States. (Racism existed in my country, and sadly still does, but we couldn't think of separate shops, non-mixed buses, burning cross, etc.)


Traveling on an ocean liner: memories of my grand-mother.

My grand-father was a maître d'hôtel on the ocean liner Ile-de-France during the fifties. My grand-mother had the pleasure to work on the boat four times in the laundry/pressing office (she was a dressmaker by training). She told me about how much she found the Americans (mainly rich ones) mean on board whith those "not white". Of course, on the boat, only the price of the ticket would create segregation. The travelers could go -mostly- as they please on the decks. And it seems that it didn't sit well with some customers. On her first cruise, she was shocked. After a quick visit of New York, she understood a bit better what was going on. My grand-mother was not a bookworm or very fond of politics, she was more a practical woman. Her travels on the transatlantic boat broadened her view of the world. I think she was already quite critic of how richness can twist the heart/mind of someone, and those travels cemented her opinion on that subject. She just added racism at her critical list.

She shared with me an anecdote that happened during the way from France to USA, and featuring the wonderful Josephine Baker (sorry, I can't remember the date). She witnessed how bad some 1st class passengers looked at / talked about Mrs Baker, who was also in 1st class. The French commandant asked the singer/actress if she could perform one evening for the passengers, and she answered "Yes, but only for the crew." Josephine Baker was a strong woman who has known how bad some people can treat others. She would have never sung for those who were loathing her, as she demonstrated on many occasions while she was in USA. My grand-parents were able to attend the show and they enjoyed it. My granny had washed and ironed Miss Baker's dress and seeing her wear it for the staff, that was a memorable moment for her.

My grand-mother has always told me that Joséphine Baker's life was one of heroism. She said that she overcome the "role" she had been casted in (think "bananas skirt"), and raised her voice for those who were muted by force. Her involvement in the Civil Rights movement was something my grand-mother approved of. 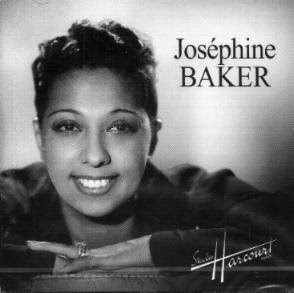 If few French have directly witnessed the segregation in USA, they have encountered newspaper articles, videos and artwork on the Civil Rights Movement. The "I have a dream" speech Martin Luther King Jr gave in 1963 in Washington is famous in France. It resonates in us with the Human Rights Declaration. Rosa Parks trials have been also discussed, and Pascal Obispo (a French songwriter and composer) wrote a song on her.


The musical Hairspray has brought to light for several young generations some aspects of the issue. I love the movie from 2007, and especially the song I know where I have been.

The memorable picture of Tommy Smith and John Carlos rising their fist in 1968 in Mexico is also well known. In August 2015, a post in NouvelObs has explained the photo and the fact that the three athletes were supporting the Civil Rights movement.


Norman Rockwell's The Problem We All Live With, is one of the major artwork French people know of the Civil Rights movement. The Art Curator for Kids has referenced other major artworks about it but I'm not sure French knows them at all.


I could go on... Just know that Civil Rights movements in the world have always the attention of the Frenchs. Our country is far from perfect (no kidding!), but I tend to think / hope that we like to look for ways to improve the rights of every humans. And the work of great men and women, like Martin Luther King Jr, will always be praised by us. May we honor those who fight for more equity and fairness on Earth.