Changing school: it can be hard but very helpful! [IMLD] 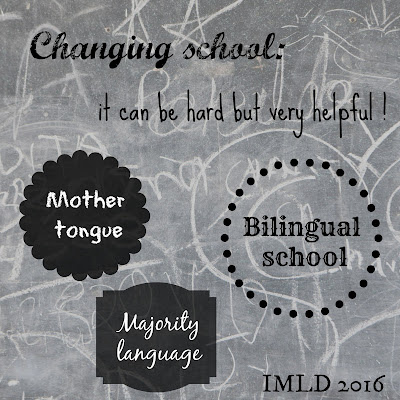 As I have hinted in my New Year's wishes and my absence from blogging, we had a few challenges in our family these past weeks. One of them was my son's schooling.

When we moved to Germany in September 2013, we had chosen to enroll our children in the German school system. Gabriel went to a German kindergarten as soon as we moved here and then had his "Einschulung" in our neighborhood school, and Sophie started in a kindergarten a week later, last September.


We thought that French at home and German at school would be great for them. Guess it was not to be. We knew that Gabriel could be a handful in class and were a tad worried about behavioral issues. In fact, his teacher told us he was loud and (too) energetic. Yeah, we know. We work on that at home too. However, she also told us to help him with his German vocabulary and I tried to repeat with him all the new words he encountered in his school books. The Logopädistin (ortophonist) he sees every week helps him too with vocabulary and how to pronounce some sounds (the sch, tch, ch, r, etc). This professional was optimistic and said he made real efforts.


Then, four days before the Christmas holidays came a letter from the school director. About the fact the children and the teachers had great difficulties to understand him. With his grammar, his vocabulary: in short, everything.

We were in shock. So was my son. He cried: "No one told me they couldn't understand me!" Huge meltdown during the week-end for him, and parental crisis for my husband and I.

In the letter, the director ordered us (because asked is not strong enough to translate how he phrased it) to bring our son after the holidays to a free helping class provided by the land of Hessen. 4 times a week, 45 minutes each time. That would have been a good help. If it wasn't in another school (it's easy with the U-bahn he said), during lunch time (yeah, cold sandwichs each time for the whole family), and with around 20 kids in a computer room playing educative games (we discovered that when we tried it)...

I went there once after the holidays, as ordered to do, with the two girls in tow, and if my son liked to play on a computer (no, really? huge surprise for me... tss), I was NOT thrilled to consider doing it four days in a row and know that my son will not learn much in such a big group without proper human interaction. If "everyone" couldn't understand him in German, how a computer would help him in the talking aspect? The ortophonist was also very sceptical because of my son's personality. Gabriel needs more a small group, or even better a one-on-one, approach to make him progress. 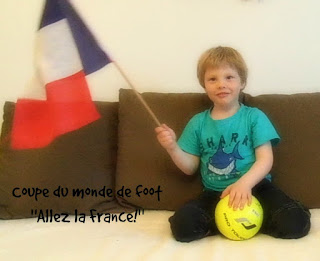 We could have forced him (and me) to go everyday to this "class", and start to speak to him in German, as "suggested" when we talked together, the director and I. We could have reduced his exposition to French and focused on him learning the "perfect German" they expected from him.


Sorry Mr Director, but NO. We love living in Germany, learning your language, discovering your culture, interacting with people... However, we are French and we are not going to forgo our culture, our language. You should have guessed, French people are known to be stubborned. Very so.

It's already difficult for a family to maintain what is seen as a "minority" or "family" language during the whole childhood and youth of the children, in a foreign country. We have many examples of people who didn't speak often their own languages (their mother tongue usually) to their children and have seen them lost contact with family members because of that. I have friends who told me how they have been rebucked by their in-laws to speak their own languages to their kids on the pretext of "you are in our country, so the children have to learn our language first"...


We did what we have the opportunity to do: we contacted the French school in Frankfurt to see if places were available for a mid-term schooling. And we asked my husband's job if they can help. It was not written in his contract that we could have a part of the kids' education payed... But we tried, and we explained my son's situation. During the holidays, he was sad, and when we talked about the French school (in fact a bilingual school) he was so happy and wanted to go there. We also prayed a lot, as did many friends and family members, to find guidance. I personaly felt relief, peace and the feeling that everything will turn for the better.

And it did. The day after my son tested the "free class", we received an answer from my husband's superiors. Our family was granted a kind of "educational fund", and now we have to pay only a part of the fees and of course, the lunch and transports. Then, the director of the French Primary school said to my husband that my son could start on the 1st of February in a CP (Cours Préparatoire = 1st Grade). We even found a nearby family who agreed with driving my son back from school.

My son turned 7 years old at the end of January and was able to have a Birthday party in his German class before transferring to his new bilingual school. I talked to his teacher on his last day and I really hope she understood that I have no ill feelings against her and that she didn't "failed" my son. She's a young teacher and these stressfull situation can damage confidence. My son liked her and he wishes to visit his "old class" during his holidays (not the same as the ones in the Hessen schools). 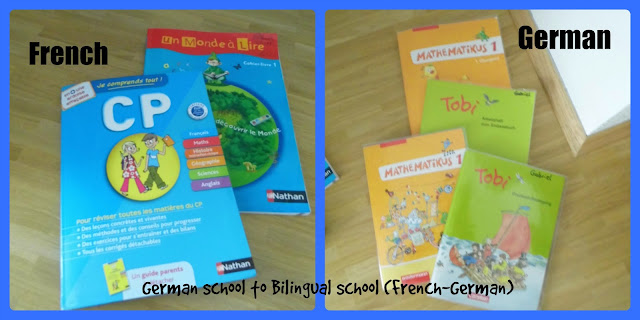 His start in the CP had been difficult. The French programm is more advanced than the German one on the topics of writing and reading. He hasn't the same level as the other kids in his class, but he is willing to learn and as long as he can do his beloved maths, he's happy. Well, he's struggling a bit but the teacher has lots of experiences with bilingual kids and 1st graders, so she has found a way to interest him and make him work on his writng and spelling skills. During the German class, he is in a group with a good German level. It doesn't seem that he is so "not understandable"... His French teacher has kindly given us a list of exercices we can do with him during these two weeks of holidays.

He will have to overcome a few issues to pass in CE1 next year, but -with my husband- we are more likely to be good helpers. French is our mother tongue, we are fluent in it and have a good grammar. For my son to be able to learn both his mother tongue and the majority language (German as we live in Germany), and in two years to start English, it's a great privilege, a huge blessing. We had planned differently, but the change is all for the better for my son.

On a more personal note, it's so strange for me to think that I'm in the "privilege group" now. I wasn't in my youth. So for my children to experience this multiculturality and this degree of both cultures, it's quite mind-blowing. I knew the moment we started to live in Germany that we had "more" than many of other Frenchs. Luckier in the job opportunity my husband had, more foreign knowledge and culture at my fingertips, a vision of the world more wider, more languages to speak on a daily basis, and so on.

But the Mother Tongue, the French part of our family which is so essential in our home, how were we going to live it? to pass it on the next generation? to treasure it? We tried to do it "alone" at home, but it was tough...


French expats are some of the most blessed people out there: with the net of French schools around the world, many of us are able to provide for our children both our French culture and the one from the country we live in. And when the parents are a mix-couple (ex: a French dad and a German mom), the two cultures can be taught to the children and both sides of the family are happy...

I'm quite proud of these schools and this network. I so wish for other countries to be able to provide such high standards of education to their own expatriated populations. I think about my polish, spanish or danish friends. They can find playgroups but rarely bilingual schools... or they are expensive (more than the French schools). Accessing the culture of our home country, our mother tongue, this is essential in the preservation of our identity and the understanding of who we are and who we can be.

Learning in our mother language shouldn't be a privilege. It should be possible along classes in the majority language(s) of the country you live in. That's why the programm of UNESCO and the International Mother Language Day are so important!